If you’ve tried dieting more than once in your life, then you already know … Diets don’t work.

If they did, you probably wouldn’t be reading this. You certainly wouldn’t be looking for a “solution” for your weight and sense of well-being.

So you already know the big secret…but you might not know why diets don’t work.

You’re not alone here, by the way. Every client I’ve ever coached has “known” all along, but it takes facing what I like to call “your stuff.” Your stuff includes your relationship to failure, to self-love, to resistance, amongst other fun topics.

And when your stuff comes up, it takes a willingness to go deeper and expand your perspective about what’s possible with your relationship to food and dieting.

Now that the table is set, so to speak, here’s the opportunity for a breakthrough: it’s time to start treating your diet like a skill.

Skills are lifelong practices that you develop and practice and continuously apply effort to improve. And, guess what, the process can be fun! I promise.

Dieting … ehhhhh, not so much.

Here are 6 reasons why dieting fails, every damn time:

1) Absolutely no way to get it right

Too many of us treat dieting as all-or-nothing.

You’re either in or you’re out. No in-between. We call this “absolutism” and it’s absolutely setting you up for letdown.

When things get stressful, or life gets in the way, you’ll often unintentionally divert your attention for a split second and slip up. A cookie here, a piece of candy there. One “cheat” turns into an entire weekend free-for-all. The week begins, you try to get back into the diet, but slowly you subconsciously undermine yourself one snack, one meal, at a time. Before you know it, you’re using your own missteps to rationalize why dieting doesn’t work. You give up. You fall back into old default settings—the same old routine as always—and nothing’s changed.

2) License to fail (and then judge yourself relentlessly)

If you’re not perfect, then you’re automatically failing. If you make a mistake, it’s all over. You can’t do it, you suck.

Here’s the real kicker: you’re primed to fail. Being perfect is impossible, especially when you’re at the beginner phase of developing a new skill. Conventional diet plans make it extra hard: you spend the entire time hungry, counting calories, and focused on what’s not allowed.

What are the chances you’re going to keep practicing something you hate and makes you judge yourself?

Real life demands flexibility, and it’ll challenge you in ways you never expected. Not that you need me to tell you that.

My goal is to make you enjoy the process, not force outcomes. What if, instead, we started from that place?

You’re constantly counting calories, quantifying portions, thinking about marketing terms like “low fat”—instead of thinking about how the foods are making you feel, developing a positive relationship with them, developing internal trust in your hunger cues and bodily signals.

You obsess about the quantity of what you’re eating and not the quality.

Your entire relationship with food is superficial and forced.

Imagine a relationship like that with a human being.

Think on that, yo.

Hungry and craving all the wrong things, when you inevitably go ‘off plan’ you’re setting yourself up for more judgment, more self-hate. “I should have had had more willpower!” you think, or cry. “Should’ve been more committed! Should’ve just wanted it more.”

I don’t believe for a second that you want to live this way.

Matt, one of my former clients, did not want to live like this. That’s why he chose EvolutionEat. Here’s an important excerpt from an interview I conducted with him:

“I’ve been doing this for six weeks now and I’ve had maybe four cheat meals. That’s a cheat meal, not a cheat day, by the way. And having a cheat meal every now and again has been fascinating, because – especially the last couple of times – I haven’t felt any desire to then go and binge. None whatsoever. It’s almost like I’m actually still investing in the process of mastering my diet by having a cheat meal, because these “cheats” are planned. They’re a night off and nothing more, and they actually make me look forward to getting back to eating healthily.

They sort of…reset me, I guess. Take the pressure off, because I want to live a life where I don’t have to be perfect. Where I can eat something not “on plan” and still love myself, and still feel just as motivated the next morning to resume eating clean.”

You’re literally starving yourself in every sense of the word: you’re likely eating way below basal metabolic maintenance, making yourself hungry all the time, literally slowing down your metabolism and setting you up for failure in the long-term, promoting cravings for just about everything that’s off the plan, depriving yourself of vital nutrients and macronutrients (fat is important and will not make you fat), and generally going about your days with an “I can’t have this” attitude.

This is essentially what the contestants on The Biggest Loser were asked to do.

Over the next six years, 13 of the 14 contestants gained back significant amounts of the weight they’d lost. Four contestants ended up heavier than they’d been before going on the show, and only one stayed at her contestant weight. (Read the full article here.)

Well, as I’ve written about before, if you live in one extreme, you will eventually revert to the other.

You don’t have to “earn” your health.

Do you have to concentrate and spend time on it? Yes, of course. But you can work with, not against, your body.

Let’s go back to our friends who competed in The Biggest Loser: By believing they had to earn their health, and acting that out to an absurd and unsustainable extreme, they actually ruined their bodies.

Seriously. Their basal metabolic rates never recovered, which, in English, means that they had to eat significantly less calories than any other person their weight just to maintain their weight.

Danny Cahill, former winner of the show (having lost an extraordinary 291 pounds), had this to say:

“All my friends were drinking beer and not gaining massive amounts of weight,” Mr. Cahill said. “The moment I started drinking beer, there goes another 20 pounds. I said, ‘This is not right. Something is wrong with my body.’”

And he was right. According to this article that appeared in the New York Times, “as Danny regained more than 100 pounds, his metabolism slowed so much that, just to maintain his current weight of 295 pounds, he now has to eat 800 calories a day less than a typical man his size. Anything more turns to fat.”

Instead, in order for this to be REAL, you’ll want to build a sustainable lifestyle that you can live out every day.

Only then you can feel how Mr. Cahill felt when he initially lost all that weight: like he got his life back.

The breakthrough for you is that you can feel it forever. And you can create the life of your dreams from that empowered place.

Awesome, let’s do it. 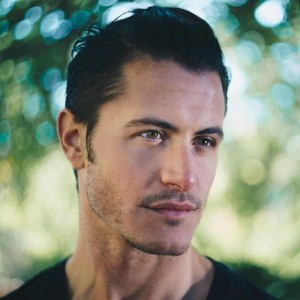 Hi, I’m Daniel, I’m here to help you solve your food and eating problems. Over the past few years, I’ve specialized in helping workaholics and high performers become more productive at work and more fulfilled in life. How? By transforming their relationships with food. That’s the work I’ve pioneered with EvolutionEat, and that’s why I’m here to help you get from where you are to where you want to be. We’ve got an entire process to make that happen for you, so let’s rock and roll.
View All Author Posts
Go to Top