Cold Laser Therapy for fat loss? Lasers for hair regeneration? For brain injuries and neurodegenerative diseases? Autism? To promote sports performance enhancement? Stronger muscles with more endurance? Repair from surgeries faster? Stimulate stem cells? Basically biohack Star Trek style? Sounds too good to be true, right? I know it did to me at first. However…

Most people would be surprised that all of those things listed above are actually supported by peer-reviewed, published studies.

Cold Laser Therapy is Not new

Even more shocking to me was the fact that cold laser therapy, also known as “laser photobiomodulation”, has been STANDARD medical care in the former USSR since 1974! This fact was published in a paper by Sergey Vladimirovich Moskvin in the Spring 2017 edition of the Journal of Lasers in Medical Sciences.

They have used it in Russia in all branches of medicine there, such as for the following:

Contrast that to the position of insurance companies in the USA like Aetna, who says this about laser therapy:

“Too new and experimental”? By 1974, Russia decided that the level of studies at that time was enough to add it to their standard treatment. I don’t know what Aetna defines as new if 44 years isn’t enough time for them!

As if this difference of opinion was not enough to confuse people, the fact that laser therapy simply looks like you are just getting a bar code scanner or laser pointer placed on you, and that you usually don’t feel anything while it is applied adds to the skepticism.

Mounted on top of that is the sad truth that many doctors who have lasers do not really know how to use them properly, don’t fully understand how they work, often have inadequate if any training at all on what power levels and settings their laser should be for best results, and that creates even more confusion as well as very uneven experiences among patients.

When I appeared in Dr Izabella Wentz’s documentary, The Thyroid Secret, and when she wrote about me using laser photobiomodulation to help support patients with thyroid problems in her NY Times Best Seller, Hashimoto’s Protocol, we got flooded with calls and emails from doctors and patients around the globe wanting to learn more about how laser photobiomodulation could help them.

One of the things that Dr. Wentz and I have discussed was an exciting study by DB Hofling, commonly referred to as the “Brazil Study.” In this study and the others that he published on lasers and the thyroid, they found that patients who had 10 sessions over a 5 week period needed less medication, and many no medication, even 9 months after the treatments!

In addition to that, their studies found that laser therapy improved the appearance of the thyroid tissue and bloodflow on ultrasound as well as decreased the levels of their thyroid antibodies. No side effects were reported.

With thyroid disorders affecting roughly 1 in 8 females in the US, this could be a potentially huge benefit to those patients, especially since so many of them are very frustrated with the current standard of care for their condition.

This is not the only condition that has shown amazing benefits from laser therapy. But before we get into that, we need to understand lasers a little better…

So How Does a Laser Actually Work?

The easiest way to explain this is with an analogy in plants.

If you place a plant in sunlight, the plant’s leaves will be able to absorb the photons of energy from sunlight and convert them into food through a process called photosynthesis.

In humans, when sunlight hits our skin we cannot make food, but photoreceptors in our cells can convert it into vitamin D, which can affect bone health and immune function, for example.

Since laser light is of a different, specific wavelength, power, and frequency than sunlight, we won’t make vitamin D, but we can make other molecules that have a huge impact on our bodies. The primary molecule that is made is ATP, which is an energy molecule that is critical to our body’s function. This is made primarily in the mitochondria of our cells, which are the little powerhouses or like a battery in the cells.

In addition to this molecule, studies show that laser can stimulate the production of: nitric oxide, which can promote blood flow; glutathione, which is a powerful antioxidant; mesenchymal stem cells; a decrease in inflammation; formation of new blood vessels; formation of new nerve tissue; improved lymphatic drainage; and much more.

What Else Does The Research Show That Laser Can Help?

With biohacking being talked about so much, this is one that many people will be interested in. What if there were a way to get your muscles stronger, bigger, have more endurance, faster recovery, and faster injury repair? And what if it could get results similar to performance enhancing drugs, but without the dangers, side effects, and being banned?

Well several studies have shown that laser can do just that. One of the most exciting ones I have seen was published in the Journal of Biophotonics in Dec 2016, which found that laser therapy can increase muscle mass gained after training, and decrease inflammation and oxidative stress in muscle biopsies.

Most startling to me was their conclusion. They said that the performance enhancement in the laser group was so much greater than the non-laser group that they questioned whether it should even be allowed in athletic competition!

Other studies have shown that runners and cyclists have more endurance and less muscle soreness. I have even worked with one athlete where we helped him run the 8th fastest time in US history in his event, and set a world record in his team event at the Pan Am games, and laser therapy for sports enhancement was our goal.

Time and again I have seen this with my patients in my office, ranging from Super Bowl champions to Gold Medalists and college and high school athletes. Their level of play gets exponentially better with laser.

One of the first things that the research showed that lasers could do clear back in the 1960s was to help wounds heal after surgery. In 2000 in the Journal of Clinical Laser Medicine and Surgery, a study by Simunovic found that the average increased rate of healing when lasers were used was 25 to 35% faster. Again, this study found no side effects.

In the Journal Photomedicine and Laser Surgery in Dec 2017, a study was published that showed that laser was more effective than 2 popular NSAID medications for tissue repair in achilles tendon injuries. Other studies even show faster repair of fractures and following surgery.

So imagine if a doctor from a pro basketball team tells you a fracture is going to take 8 to 12 weeks before you can get back on the basketball court, but you get laser therapy 3 times per week and it is completely healed in just 5 weeks? And then when you go back to that doctor he says he has never seen a bone heal so fast and is able to clear you to return to play and you become your school’s all time leading scorer and land a division 1 scholarship?

That happened with one of the athletes I worked with. Had he missed those extra 3 to 7 weeks with standard care, he never becomes the leading scorer, and probably misses that scholarship.

This one really sounds too good to be true, but again, several research studies show it actually does work.

In June 2016 in the Journal of Clinical and Aesthetic Dermatology, a study on the Erchonia Zerona Z6 found that when patients underwent 6, 40 minute sessions, which were once per week, the inches lost was a combined  5.4 inch mean decrease in combined body circumference from the waist, hips, and thighs.

More impressively, 72.2% of the participants lost more than the 5.4 inch mean, and it occurred with zero side effects, pain, or downtime.

Help for Brain Injuries, Neurodegeneration, and even Autism

This is where laser is really doing some amazing things. I have been working for years with patients suffering from concussions from car accidents and sports and have seen some amazing progress. I regularly use it on myself to mitigate the effects of the over 10 concussions I had in my 11 years of football in the days where banging heads was the norm.

There are multiple studies showing laser helping with not only concussion, but stroke, Parkinson’s, Alzheimer’s, and even a soon to be released study by Erchonia Medical on the effects of laser therapy on children with autism, which had some very promising results.

The benefits of laser therapy was even talked about in the best selling book The Brain’s Way of Healing, by Norman Doidge, MD. He found the research so compelling that he was of the opinion that lasers should be in every ER and that they should be putting them on the heads of every patient who comes in with head trauma.

The most amazing case that I have worked with on this one is a patient who had a severe brain injury over 30 years ago that left him with partial paralysis and developmentally at the level of a 10 year old. He could not plan for himself, frequently bumped into walls, could not move his eyes to the left.

After working on him with lasers for over a month, he regained a significant amount of eye movement, stopped bumping into walls, and had so much cognitive improvement that he started to plan his own birthday party, complete with instructions for the guest list, getting a magician, and who needed to pick up his best friend.

He had been at a baseline of no change for so long, and these changes were so profound and so fast that his doctors and people at the group facility he would go to regularly were shocked at the differences and asked what had been done because they had never seen such a change in such a short time after an old injury like his.

This is just the tip of the iceberg of a small sample of what can be done with laser photobiomodulation therapy. This will be the wave of the future, and hopefully we can have it implemented as universally as they have had it in Russian for the past 44 years. They really have been “light years” ahead of us! 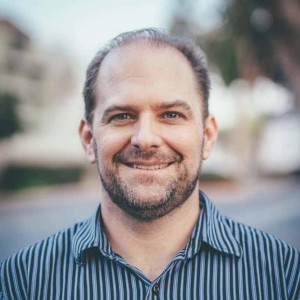 Dr. Kirk Gair, DC, IDE, has been personally trained by Dr. Datis Kharrazian in the functional medicine methods he pioneered and wrote about in his books "Why Isn't My Brain Working" and "Why Do I Still Have Thyroid Symptoms? When My Lab Tests Are Normal?
View All Author Posts
Go to Top