The Physiological Response to Stress What Are Adaptogens and How Can They Help?

What Are Adaptogens and How Can They Help? When it comes to health, things like

Importance of Healthy Sleep and Reduction of Chronic Stress

Two Essential (and often ignored) Aspects of Building Health in One Simple Guide!

[vc_row][vc_column][vc_column_text]Dream Come True: My Experience With The Human Longevity Project. I remember the day my parents bought a video camera. It was in the 80’s so this thing was huge and weighed a ton… but I was fascinated with it.

I remember spending all summer making movies with my friends. I even remember creating storyboards, writing scripts, and thinking about things like shots, music, and lighting. I had no idea what I was doing but I’m certain of one thing: what we created was… well… awful.

No seriously, they were really terrible.

But for as long as I can remember I’ve wanted to make movies.

Somehow I figured out how to hook up two VCRs and an old tape deck and would spend hours re-editing ski movies with different music.

I was obsessed with every aspect of filmmaking.

But then as time passed, I entered “the real world,” got “real” jobs, and had “real” responsibilities.

Then somewhere in the middle of my life, the internet happened and the idea of making movies became something anyone could do.

Better yet, making movies that made a difference, that could positively impact people’s lives was something I had to do.

My business partner, Michael Roesslein, and I were approached by our friend Jason Prall to be involved in creating something truly revolutionary.

A 9-Part documentary that looked at healthy populations around the world and delivered that information in an exciting and compelling way.

Something that would truly make a difference for people on a giant scale.

Naturally, we jumped at the chance. The series is called The Human Longevity Project.

As one of the producers, I had the privilege of traveling to Seattle, WA last week to watch the episodes, to give input on the final cut, and to help write some of the copy.

Despite the fact that leaving my family for a few days is always one of the most difficult parts of my job, this trip was one of the most exciting experiences of my life. I would finally get to see how phenomenal this project truly is.

When I arrived, John picked me up at the airport and we drove to pick up Jason and Mike, our editor.

Jason has basically been living with Mike as the two of them worked 15 – 16 hours a day to construct this remarkable series—all this with very little budget, but with a drive and passion that more than makes up for it.

Turns out they booked us in the wrong house… with no internet.

It’s pretty difficult to work on an internet-based documentary without internet.

By now it was already after 10PM, but after an hour of arguing with the management company who was handling the properties, we packed up our stuff again and moved to another home about 20 minutes away.

By the time we got settled it was after midnight and coming from the East coast, my body was very confused as to why I was still awake at 3:00AM.

We were finally able to crash for the night. When I woke up and looked out of my window I saw this…

This place would provide plenty of inspiration for the next few days.

Before long we began digging into the series starting with episode 1. I wasn’t sure what to expect.

Would the film truly capture the stories of these extraordinarily healthy centenarians from all over the world?

Would people be left inspired and hopeful?

Would people be motivated to really take control of their own health?

Most importantly, would the series provide the necessary information to allow them to do so?

I promise this is unlike anything you’ve ever seen before.

This is something that is going to inspire people to be the best version of themselves, to take command of their health and finally free themselves of chronic symptoms they’ve been challenged with for so long.

In short, this documentary is going change the world.

By the time I left Thursday afternoon, we had watched most of the episodes, made lots of decisions, formed a stronger bond with the team, and became more inspired than ever to make sure millions of people see this documentary.

In a world seemingly filled with bad news and negativity, The Human Longevity Project is precisely the prescription we need right now.

It’s been a dream come true to be involved in this project and seeing it come to life has been incredibly surreal.

When the film officially launches in just a few short weeks, it’s going to grab a lot of attention. I hope you’ll join us in bringing it to the masses.

You can learn more about the project Here.<=[/vc_column_text][/vc_column][/vc_row]

Two Essential (and often ignored) Aspects of Building Health in One Simple Guide!

PrevPrevious10 Stoic Quotes That Will Cause You To Smash Your Mental Blocks
NextZen Now: Get Calm and Clear in 10 Minutes or LessNext 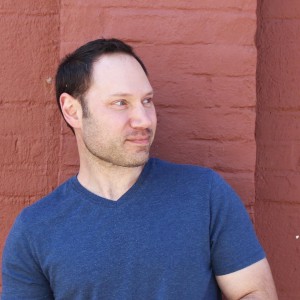 Co-founder of Rebel Health Tribe. Author, speaker, health coach, writer, artist, content creator, entrepreneur, dad (my favorite title) and VP of stuff. Several years ago I found myself hitting rock bottom with my health. Suffering from too many symptoms to list and taking more medications than I care to remember, I finally took my health into my own hands. I ditched the lousy food for real food, got off all medication and finally realized a profound shift in my mind and body. Ecstatic with my new-found energy and wellness, I made it my mission to reach out to as many people as possible and help them recover their health too. Thanks for being a part of that mission by being here at RebelHealthTribe.com
View All Author Posts
Go to Top