Spring Cleaning for a Healthy Family

6 Sleep Tips for the Entire Family

4 Quick Ways to Tell If Your Multivitamin or Prenatal Sucks

Four Quick Ways to Tell If Your Multivitamin or Prenatal Sucks. I judge the quality

Isn’t soy a traditional food? Kind of. The products that make up most of the soy consumption in the United States today don’t look at all like the soy that’s been safely used for centuries. It’s usually highly processed into cheeses, milks, nuggets, ice creams, & faux turkey, for example. Even when found in a less processed form, soy is the most genetically modified crop in the United States. More than 90% of the soy grown today is genetically herbicide-tolerant[1]. Eating processed & genetically modified soy isn’t exactly traditional practice. As with many foods (specifically wheat, seeds, legumes & nuts), the way that soy is prepared determines the amount of nourishment (or harm) that you will receive from it. In the case of soy, fermentation may be the key to it’s long term successful use. It’s believed that soy was traditionally fermented prior to consumption, breaking down phytic acid (a non-digestible chelating acid) & enzyme inhibitors. Properly fermented soy is hard to come by in the U.S. & certainly not found in baby-geared soy products. The effects of soy on babies begin before conception. The phytoestrogens (plant-based estrogens) in soy have been found to slow the circulation of the female reproductive hormones & suppresses proper ovulation[2]. Soy also contains goitrogens which act as thyroid hormone inhibitors, slowing the productivity of the thyroid gland. Fetus’ use thyroid hormones to help build their organs. Since their own thyroid gland is not developed for the first 12 weeks, they are crucially dependent on our thyroid hormones during that time. Women without properly functioning thyroid glands have a harder time maintaining pregnancy[3]. Soy effects males as well. Men that regularly consume soy experience a decrease in sperm count & fertility[4]. Since the average soy product is likely GMO, it’s important to note that there’s a link between GMO consumption & damage to the sperm cells [5]. When pregnancy does occur, the effects on the child become more obvious. Regularly consuming soy during pregnancy has been linked to a myriad of future reproductive harm for the growing fetus. Children that are exposed to soy during gestation experience earlier puberty, abnormalities to their ovaries, uterus, prostate, mammary gland, brain, & future fertility[6].  These soy-induced abnormalities may even effect our grandchildren since our children’s reproductive systems, including the formation of eggs in little girls, take shape in the womb[7]. Directly feeding soy to infants amplifies the effects.  The primary source of soy consumption during infancy is by way of formula. Studies find that babies fed soy-based formula are exposed to seven times the FDA recommended adult guideline for soy (also seven times the amount in a typical soy-based adult diet in Asia). Compared to babies on breastmilk or non-soy formula, these babies have 13,000–22,000 times the amount of estrogen circulating in their system. That’s 50–100 times higher than the amount of estrogen in a pregnant woman’s body, & 3,000 times higher than the amount during a grown woman’s ovulation[8]. Soy is so detrimental to infant (& eventually child) health, that New Zealand decided to ban soy formula in early 2012. They stated the negative effects on the reproductive tract & immune system as the reason[9]. While most of the research applies to formula fed infants, babies that are breastfed by mothers consuming soy may have similar results. Point is… Science seems to point us in the direction of avoiding soy during this crucial time of growth & development. Luckily, there are many nourishing whole foods to indulge in while growing our little ones. 1. Philpott, Tom. “Monsanto’s Latest Court Triumph Cloaks Massive Market Power.” Monsanto’s Latest Court Triumph Cloaks Massive Market Power. N.p., 17 Jan. 2008. Web. 20 Nov. 2014. 2. Patisaul, Heather B., and Wendy Jefferson. “The Pros and Cons of Phytoestrogens.” Frontiers in neuroendocrinology 31.4 (2010): 400–419. PMC. Web. 20 Nov. 2014. 3.  Rao V R, Lakshmi A, Sadhnani M D. Prevalence of hypothyroidism in recurrent pregnancy loss in first trimester. Indian J Med Sci 2008 Web. 20 Nov 2014;62:357-61. 4. Cederroth, CR, C. Zimmermann, JL Beny, and O. Schaad. “Result Filters.” National Center for Biotechnology Information. U.S. National Library of Medicine, June 2010. Web. 20 Nov. 2014. 5. Smith, Jeffery M. “Institute for Responsible Technology.” – Most Offspring Died When Mother Rats Ate Genetically Engineered Soy. N.p., Oct. 2005. Web. 20 Nov. 2014. 6. Patisaul, Heather B., and Wendy Jefferson. “The Pros and Cons of Phytoestrogens.” Frontiers in neuroendocrinology 31.4 (2010): 400–419. PMC. Web. 20 Nov. 2014 7. Kaati, Gunnar, Lars O. Bygren, Marcus Pembrey, and Michael Sjöström. “Transgenerational Response to Nutrition, Early Life Circumstances and Longevity.” Nature.com. Nature Publishing Group, 16 Jan. 2007. Web. 20 Nov. 2014. 8. Patisaul, Heather B., and Wendy Jefferson. “The Pros and Cons of Phytoestrogens.” Frontiers in neuroendocrinology 31.4 (2010): 400–419. PMC. Web. 20 Nov. 2014.]. 9. Chibber, Ankush. “New Zealand Calls for Ban on ‘damaging’ Soy-based Infant Formulas.” FoodNavigator-Asia.com. N.p., 15 May 2012. Web. 20 Nov. 2014.]]> 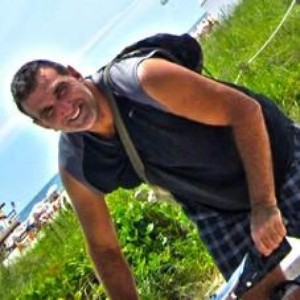 Creating a uniquely immersive experience connecting a worldwide community of like-minded users and content-creators, changing the current paradigm and inspiring greatness and abundant health in themselves and others.
View All Author Posts
Go to Top