Four Quick Ways to Tell If Your Multivitamin or Prenatal Sucks. I judge the quality of a restaurant by the type of lettuce it uses in salads. If it’s iceberg lettuce, the spot either doesn’t know what good quality food is or else it doesn’t care about quality and just buys the cheapest ingredients.

The same goes for supplements. You can tell so much about the quality of a multivitamin supplement based on which forms of nutrients it uses.

Deciding which vitamins to buy is confusing for lots of people and making a wrong choice can cause you to, quite literally, waste your money. If your vitamins aren’t able to be used by the body, they’re doing you about as good as if you’d put them in your pocket instead of your mouth. Actually, for many of the supplements that you buy at big-box, chain stores, putting them in your pocket may actually be safer than swallowing them.

Keep these four points in mind when purchasing a multivitamin or prenatal supplement and you’ll at least avoid the ones that are complete junk.

#1: The first thing you should do when reading a vitamin bottle’s label is to go right to the “other ingredients” list.

If there’s a paragraph situation goin’ on, ditch it. If there are food dyes, hydrogenated oils, polythylene glycol (the FDA found this ingredient to cause hypothyroidism!!), polyethylene glycol (the main ingredient in antifreeze – also found in Miralax), soy or corn (especially if they aren’t organic, which means they are genetically modified – for more about the health effects of GMO’s on our future generations, read a blog I posted about it), it’s going to tax your body more than it will help it.

I know this tip isn’t so much about the form of a vitamin, but it’s the easiest tell-tale sign of crappy vitamins.

#2: The second easiest way to tell if your supplement is el cheapo is if the form of calcium used is calcium carbonate. This is chalk. It’s limestone. Our bodies weren’t designed to eat rocks, so why put them into a supplement? Because it’s the cheapest form of calcium, that’s why (and with multivitamin supplements, you usually get what you pay for).

I like algae-based or food based calcium because our bodies evolved off of eating those forms and know exactly how to utilize them.

Here’s another tidbit about calcium. It needs the help of other nutrients, called cofactors, in order to be taken into the bones. Unless your diet or multivitamin supplement contains vitamin K2 and other nutrients like vitamin D3, magnesium, strontium and vanadium, the calcium you supplement with maybe getting deposited willy-nilly in soft tissue, like arterial walls.

In my opinion, calcium supplements are overrated anyway. I feel it’s magnesium that’s the unsung hero. Rather than supplementing with calcium, eat more leafy greens with pastured butter (rich in vitamin K2), and canned salmon and sardines with the bones (which are anti-inflammatory and great for brain health to boot). When you do this, you get all the forms and cofactors you need.

#3: Folic acid. So many times we are told that we can get folic acid by eating leafy greens. This is erroneous! Folic acid is a synthetic multivitamin supplement created in a laboratory. It is not found anywhere in nature. Its name sounds like the folate that is found naturally in food, which is often in the form of foliage. Get it?

Multivitamin supplement companies are now starting to switch from folic acid to the active form (which means readily used by the body) of folate, methylfolate. This is because of the rising awareness of MTHFR. MTHFR stands for methyltetrahydrofolate reductase.

MTHFR is a gene that produces an enzyme of the same name that is involved in the conversion of folic acid into its active form that is used by the body for so many important functions. There are other genes/enzymes involved in this multi-step conversion process, any of which can be compromised by genetic polymorphisms.

It is estimated that about 40-60% of the population has some form of MTHFR variants1, meaning that a large percentage of people wouldn’t handle folic acid well. This is why they should stop mandatory fortification of enriched cereal grain products (or at least use a more ideal form) and also why you might want to steer clear of them.

Since this may become a bandwagon for supplement companies that want to look like they deliver quality, be certain that the form of folate is either from food or else is labeled folinic acid, L-5MTHF or 6(S) L-MTHF form. Dr. Ben Lynch wrote a post about it here (WARNING: Get ready to launch yourself down a gazillion rabbit holes if you click that link!).

#4: Vitamin B12 is known as cobalamin. It is necessary for the proper nervous system and brain functioning, as well as for detoxification and energy production. There are a few different forms of B12, with the most common being cyanocobalamin. This is a synthetic form of B12 that needs to be converted to its active form in the body.

Some people are genetically predisposed to having poor production, transport or absorption of B12 so the cyanocobalamin form is less than ideal. This would also be true for people with a lack of good gut bacteria and/or digestive malabsorption.

B12 is an essential nutrient in the methylation pathway. Methylation, which is simply the transfer of one methyl group (a carbon atom attached to 3 hydrogens) is essential for making and repairing DNA, for detoxification, neurotransmitter production, and healthy immune system functioning.

Methylation is said to happen a billion times a second in the body so that should speak volumes about how important of a process it is for health. Ironically, some people take B12 to help drive their methylation processes but don’t realize that the cyanocobalamin form actually requires and uses methyl groups to be converted to its active form.

Cyanocobalamin, which is actually a cyanide molecule attached to B12, is the cheapest form, but it does have one slightly redeeming value – it’s extremely stable in pill form.

Just like the folic acid scene, the form that you will start seeing more often, now that MTHFR is a buzz word which cheaper quality companies are finally catching on to, is methylcobalamin. This is the active form of B12 so it needs no conversion. If you have had genetic testing done, you may know your methylation status.

High doses of methylcobalamin may not be the best choice if someone is an over-methylator, however, the amount in a multivitamin is likely fine for most relatively healthy people. If you do find that you are over-methylating, hydroxocobalamin is a good choice.

Hydroxocobalamin is the primary form of B12 that is found naturally in food. It does require conversion to the active form of methylcobalamin, but the body completes this conversion much more easily than it does with cyanocobalamin.

One way to be certain you’re getting bioavailable (active and usable) forms of nutrients is to buy whole foods-based supplements. I have recommended these to clients before, but with two caveats.

The first being that two of the highly regarded whole-foods based retail multivitamin supplement companies (products you can pick off a shelf without having to get through a naturopath or chiropractor) were bought out by multimillion dollar corporations a few years back, so who knows what’s happened to the quality since then.

And second, the whole foods-based vitamins have a ton of different types of fruits, veggies, and other foods that some people can have sensitivities to, such as histamine or immune cell reactivity.

While there are many other not-so-well-absorbed forms of nutrients, those are the biggies in my opinion. And chances are if a multivitamin supplement company uses the active forms for folate and B12, along with a body-friendly form of calcium, the rest of the vitamins and minerals will be decent forms. 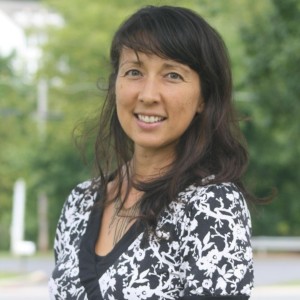 Jaclyn is a Genetic Nutrition Consultant and Holistic Health Practitioner with a special interest (passion!) in fertility optimization. One of Jaclyn’s greatest strengths is to plainly and clearly explain complex biochemical mechanisms. She seeks to educate clients and provide them with resources so they can better understand the causes and requirements specific to their particular health needs.
View All Author Posts
Go to Top