Although the brain is what we use to think, it’s often the very last thing

Of all the barriers to protect, the one around your noggin is super, duper important.

There are a lot of things to consider with the triple-B (Blood Brain Barrier).

Let’s start with aging and work our way around. As people get older, the BBB has been shown to leak around the hippocampus and looking at this type of integrity is an early marker for something like Alzheimer’s. Also, pushing bad stuff out through the BBB is affected since a lot of the time there is just too much junk to properly send a signal.

We know one night of poor sleep can be an issue and can increase some of the tangles that are a hallmark of Alzheimer’s, but chronic sleep issues can really be a problem. Brain inflammation increases and some inflammatory messages that get sent are IL-1B, IL-6, TNF-a, and IL-17a as well as more reactive oxygen species.

Environmental stress is ginormous for most people but there are different kinds of stress. One of the most common issues is low oxygen. Stuff like strokes and heart attacks can be big triggers and everyday things like sleep apnea can grind that barrier into dust.

Oxidative stress, glutathione, and mitochondria can’t be forgotten either. Even though the energy demand is high, so mitochondria are high, their main role is usually as a signaling device for things like vascular tone. Also, more engines running means more exhaust (oxidative stress).

Nutrition is huge. Not just from a balancing blood sugar perspective and getting enough nutrients (like DHA) to keep the BBB intact, but once that barrier is done for some nutrients can’t get pulled into the brain as well. Stuff like niacin, B6, folate, inositol, and vitamin C need conveyer belts to pull them in. The brain can try and store some stuff so nutrients there are depleted last, but I don’t think anyone wants to risk that running low. High carbs aren’t that great, and a properly done ketogenic diet can go a long way (cottage cheese covered bacon isn’t a properly done ketogenic diet). It is important to note that a diet high in saturated fats has been shown to make the BBB leak in animal studies… there isn’t one fat to rule them all since that isn’t how it works in nature.

The liver is necessary for a ton of stuff like getting nutrients packaged up for delivery to the brain (ketones are one example). The liver can get behind the 8-ball with something like a leaky gut since the blood supply from the small intestine goes right to the liver. Take for example someone who has SIBO and chugs saturated fats to stay in ketosis… well those LPS begin with the word lipo and if we were all rats in research articles the surest way to degrade the brain would be to inject us with LPS. What to do? Enter ketosis the old-fashioned way… go without eating. If you can’t go long enough without eating to get the benefits of fasting, then there is a lot to work on to even get there.

So of course, there is the gut-brain axis. If one leaks, sometimes the other does as well. If there is a collapse in the proper diversity of bacteria and their behavior’s change… then there is a crack in the foundation of brain health. It might not be apparent right out of the gate, but over time it is as sure as the tides.

Psychological stress is one of those things that can really do a number on a lot of systems and organs, but the brain can take a beating. Children being exposed to adverse events can be a big trigger, among the other things we experience in life (job, spouse, economy, death of loved ones, etc). Once those adrenals get activated by the brain, now the immune system gets involved and home in on the nervous system. The good news is the more resilient a person is, the less susceptible their BBB is to stress.

Oh yeah, don’t be a couch potato. When I help people with brain issues, I always tell them one of the best things they can usually do is just be active enough every day to breathe hard.

Infections/Adjuvants and The Blood-Brain Barrier

We can see viruses weasel their way and then set up shop inside of neurons. The vast majority of neurons are what is called ‘post-mitotic’ – meaning they hang around (hopefully) for a really long time. What would be the point of hijacking a GI cell that is just going to be replaced in 2 weeks? No coincidence that certain viruses like herpes increase the risk of Alzheimer’s.

Several types of bacteria make some chemical scissors that go snip-snip and cut their way in (look up Freund’s adjuvant for some light reading). This is most apparent when I see a kid that gets food poisoning or strep and then can’t control movements, speech, emotions, and thoughts. PANDAS/PANDS/PITANS (whatever label you want to give it) really equals a big bag of suck.

Systemic inflammation (also read chronic stress since inflammatory messengers get sent just the same) and pain will do it too. Most sources of inflammation are inside the gut, nose, or mouth since that is where a lot of these bad critters set up shop. Plus, some of the tools like histamine, Il-1B, and the metabolization of arachidonic acid by COX/LOX punch their way into the brain.

Oh, and mold will break down the BBB with a quickness. I’ve lost count of the number of people with neurodegeneration or some neuro-autoimmune process that get better when getting rid of mold.

Fun fact, polysorbate 80 will do it too. Not to mention that aluminum adjuvants get a free ride bypassing this barrier by a person’s own macrophages. Think of a macrophage like Pac Man that just gobbles stuff up and then like a Trojan horse brings stuff into the brain.

So, think of something like relapsing-remitting MS (RRMS)… it doesn’t happen randomly since there are several studies that demonstrate even though there are antibodies to myelin basic protein, the soldiers can only get in the nervous system to tear it up when the barrier is breached. There is a surprisingly high percentage of people with neural autoantibodies, but the saving grace is that sweet, sweet BBB.

Don’t fight it or you will really start to regret it.

So we have a sleep/wake cycle that is partially regulated by light, temperature, and when a person eats (or doesn’t eat – stop late-night snacking!).

Basically, everything has a circadian rhythm like the blood-brain barrier (BBB) and even arteries that send blood to the brain. The BBB isn’t a static structure like most people believe… if that were the case good luck getting stuff into and out of it. It is a structure that changes, and a big part of that change is whether a person is asleep or awake.

There are lots of different ways across this mamma-jamma and lots of different stuff that gets pulled into or out of the brain depending on the time of day and different parts of the nervous system have different times (like the spinal cord versus the actual brain versus cerebrospinal fluid).

Some of these things like inflammatory messengers, hormones like leptin (have to do with eating) and noradrenaline, B-amyloid (associated with Alzheimer’s and depends on a part of the brain with a big label call the suprachiasmatic nucleus), molecules that induce brain waves for sleep, taking out the metabolic trash, and so on.

Some of the stuff that really affected this was not being active during the day, being active and eating at night, not enough magnesium during the right time. It also appears that being tired the next day is your brain saying “duh, we needed to sleep to do all this stuff, bro” and the brain stays leakier when it isn’t supposed to so it can try and make up for it. Naps can help! You feel tired and foggy in the afternoon? Take a siesta.

Poor sleep has also been shown to increase how often and severe seizures are with the BBB having trouble doing its thing. A big reason why they typically (but not always) have a certain time during the sleep/wake cycle they occur.

So basically, one of the worst things you can do for your brain is to stay up late snacking and looking at a screen. Working the night shift is something I encourage anyone to avoid if possible. 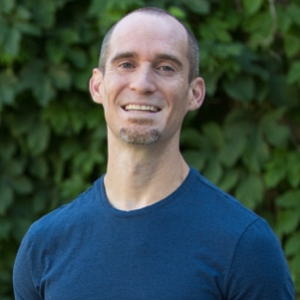 Dr. Jared Seigler is a Doctor of Chiropractic and has been a Certified Functional Medicine Provider for the past 10 years. He is also trained in over 600 hundred hours of Functional Neurology to help promote the growth, development, and healing of various regions in the central nervous system. For the last six years, he has served the Living Proof Institute as Clinical Director. After training hundreds of clinicians in functional medicine and functional neurology, a large part of his focus is to bring awareness to the healing potential of the human body metabolically through functional medicine and promoting neuroplasticity through functional neurology to help with the rising occurrences of chronic disease and providing solutions for complex health problems. Link to book a discovery call: http://speakwithjared.com
View All Author Posts
Go to Top