Detoxification of the Body from Environmental Toxins

Got Mold? Start Here. So you confirmed you have mold in your home, now what?

We live in an increasingly toxic world. There are hidden toxins lurking everywhere we turn – in the food we eat, the water we drink, and even the air we breathe. One of these troublesome toxins that have been a growing concern over the years, is a compound known as glyphosate.

In this blog post we’re going to explore exactly what glyphosate is, the everyday places it might be hiding, its potential impact on your health, and most importantly – the steps you can take to protect yourself from this concerning compound.

Glyphosate is what’s known as a broad-spectrum or non-selective herbicide – meaning it’s a chemical that “non-selectively” kills plants that are exposed to it. Glyphosate is a potent herbicide thanks to its ability to disrupt what’s known as the shikimic acid pathway – an essential metabolic pathway utilized by plants to produce specific compounds they rely on to survive.1,2

Where Glyphosate Is Used

Because glyphosate weed killer is a master at killing plants, it’s used extensively in agriculture to manage the growth and spread of weeds and other unwanted plants that can interfere with crop production. So one of the most obvious places you are likely exposed to glyphosate is in the food you consume.

Glyphosate products are used regularly on just about every crop you can imagine including:3

Glyphosate residue remains present on the surface and within these food crops – making its way directly into your body via the food you consume. But crops grown for human and animal consumption aren’t the only places glyphosate is used.

Other Places Glyphosate is Used

Weed killers with glyphosate are also used heavily in other industries to regulate the growth of unwanted plants such as:3

This widespread use of glyphosate has resulted in glyphosate showing up in some unexpected places – like in human urine samples.

The problem with glyphosate is that it doesn’t degrade or break down quickly – with levels persisting in the soil for months after application. To make matters worse, glyphosate is easily spread far and wide – weaseling its way into just about every nook and cranny of our environment. Glyphosate can end up miles from where it was originally sprayed through:4,5

Glyphosate is literally everywhere. And thanks to our unavoidable exposure to this herbicide, studies have found that a whopping 80% of children and adults in the United States have detectable levels of glyphosate in their urine.6

So what kind of consequences can this near-constant exposure have on our health and what are glyphosate’s effects on humans?

Is Glyphosate Harmful to Humans?

The main concern with glyphosate is its ability to disrupt your body’s endocrine system – also sometimes referred to as your hormone system. Glyphosate is a well-known endocrine disruptor – mimicking, blocking, or interfering with your body’s hormones. While our body is well equipped to handle small levels of toxins, the elevated levels of glyphosate found in our modern world can quickly add up and cause glyphosate toxicity.

Elevated or prolonged exposure to glyphosate has been linked to a number of serious health conditions such as:7,8,9,10,11

Does glyphosate cause cancer? Glyphosate’s link to cancer has been hotly debated and fiercely disputed by proponents of this widely relied upon herbicide. But there are multiple studies that illustrate that glyphosate possesses some potent carcinogenic or cancer-causing properties. Specifically, glyphosate has been found to be highly:12,13,14

More time and research will reveal just how significant the link between glyphosate and cancer really is.

Glyphosate and the Gut Microbiome

What about glyphosate and gut health and glyphosate’s effect on gut bacteria? Well, glyphosate can indirectly disrupt your health by altering your gut microbiome. Remember, glyphosate is able to serve as such a potent herbicide thanks to its ability to interfere with plants’ shikimic acid pathway. As it turns out, plants aren’t the only organisms that rely on this pathway to survive.

Many bacteria and fungi utilize this crucial metabolic pathway –  including many species that reside in your gut. Exposure to glyphosate can harm these beneficial bacterial and fungal species and drastically alter the makeup of your gut microbiome.15,16

This is problematic because more and more studies are finding that an imbalanced gut microbiome can directly contribute to the development of countless health conditions ranging from autoimmunity to obesity.

Are There Glyphosate Alternatives?

There are certainly alternatives to using glyphosate in agriculture and other industries. The problem is that many of these alternatives are less effective, less convenient, and/or more expensive to use in large-scale operations. The unfortunate truth is, the potential health impacts glyphosate may have are simply overshadowed by other factors that go into operating these industries.

While it may take more time and research to convince regulating agencies of the dangers of the widespread use of glyphosate, the good news is, there are some steps you can take to protect yourself.

How to Detox the Body from Glyphosate

Because glyphosate is used so extensively and can be spread through the environment, it’s impossible to avoid all exposure. Shielding yourself from the harmful effects of this glyphosate herbicide requires a two-pronged approach – minimizing exposure while simultaneously helping your body properly detox.

The best way to avoid glyphosate-contaminated foods is to buy organic as often as possible. And this doesn’t just pertain to fruits and veggies. Glyphosate can be found in high concentrations in grains, nuts, animal products, and even beverages like coffee. So look for organic as often as you can.

And if possible, it’s always a good idea to purchase from small local farms. Because glyphosate can be so easily spread to neighboring crops, small, family-run farms are simply less likely to be contaminated with drifting glyphosate.

Unfortunately, even organic foods can potentially be contaminated with some level of glyphosate. So it’s always a good idea to wash the surface of any fruits or veggies you bring home. Here’s a simple and effective way to remove glyphosate and other pesticides from the surface of your produce:

While it can seem inconvenient and a little time-consuming, submerging produce in a water and baking soda mixture has been found to significantly reduce pesticide levels on the surface of your fruits and vegetables.

GlyphoDetox: How to Detox Your Body From Glyphosate and other Toxins

While taking steps to limit exposure to glyphosate and other harmful pesticides is a crucial step, it’s only part of the equation. Because it’s impossible to entirely avoid exposure to pesticides and other agricultural and environmental toxins, it can be highly useful to boost your detoxing pathways – enhancing your body’s natural ability to process, eliminate, and detox from glyphosate.

And now it’s easier than ever to support the detoxification of these health-disrupting toxins. GlyphoDetox is a one-of-a-kind blend of nutrients and binders designed to help protect you from pesticides and other environmental toxins by:

GlyphoDetox is a simple and powerfully effective way to support natural detoxification of the inevitable environmental toxin exposures we all face. To learn more about the science behind how GlyphoDetox works, head over and check out our webinar replay with Dr. Isaac Eliaz, the formulator of this revolutionary product.

The Bottom Line When It Comes to Glyphosate

Glyphosate, like many environmental toxins, is impossible to avoid entirely. But being proactive and taking steps to reduce your overall exposure to these health-disrupting toxins can go a long way in supporting your health. While the steps outlined in this article are a good place to start, they’re only scratching the surface when it comes to addressing environmental toxins.

If you want a shortcut to simplify the process of creating a cleaner, less-toxic lifestyle, we’ve got you covered. In our RHT Clean Living Guide, we break down the most high-Impact shifts you can make to reduce your exposure in our increasingly toxic world. Click here to download your free RHT Clean Living Guide and receive a coupon for 10% OFF your first purchase in the RHT shop! 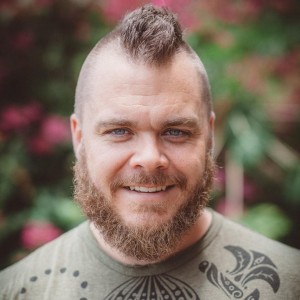